Illegal alien hiring halls are opening in Florida at an alarming rate.  Two taxpayer-supported illegal aliens hiring halls in Florida are in Jupiter and Miami-Dade.  The third is in Loxahatchee Groves where they enabled a hall but did not provide a facility.  Your help is desperately needed to stop the proposed Lake Worth Illegal Alien Hiring Hall.

The City of Lake Worth is expected to vote on a lease with The Mentoring Center, Inc. next Tuesday.  A previous vote was  a 3-2 in favor as explained at http://www.flimen.org/LakeWorthIllegalAlienHiringHall.htm.

FLIMEN is focusing on a lease clause to mandate that the lessee utilize E-Verify, a successful federal program where a person’s eligibility to work is validated.  FLIMEN has agreed to support the 'Resource Center' if the lease mandates E-Verify with an independent audit.   FLIMEN has sent letters to Mayor Clemens, four Lake Worth Commissioners, City Attorney and City Manager.   Our hope is to change the vote of Mayor Clemens.

Small Town Show Down Over Immigration

Lake Worth to pursue labor center, despite objections

LAKE WORTH — City leaders repeated their support for a day labor center Tuesday, over the objections of those who said it will encourage illegal immigration.

Commissioners voted 3-2 to begin negotiating a lease for the community building next to the municipal shuffleboard courts on Lucerne Avenue. Commissioners Retha Lowe and Dave Vespo support a center, but wanted the city to consider other locations.

The Mentoring Center Inc. and the Farmworker Coordinating Council have expressed interest in running the resource center, which would match laborers with employers and offer services such as job training and legal advice.

Shuffleboard games could continue at the center, and seniors would share the space with laborers.

More than a dozen speakers, including local residents and leaders of advocacy groups, asked city leaders to reconsider. Many said that municipalities have a responsibility not to violate state and federal immigration laws.

James Avera, a fifth-generation resident of Lake Worth, said the city has a duty to its citizens, not those who are here illegally. Avera said he has to follow all the laws and could even be fined by the city if he puts the trash out too soon.

"People who violate immigration laws and sit waiting for work should be arrested, fingerprinted and sent back to wherever the hell they came from," Avera said.

Others opposed to the location said it was zoned as a park and open space. Some also said they did not want the labor center on one of the main gateways to downtown.

Heads of advocacy groups that oppose illegal immigration asked the commission not to help people violate state and federal laws by hiring workers. Illegal immigration is not a victimless crime, they said, as American construction workers can no longer afford to support their families.

Lake Worth Mayor Jeff Clemens said the example of a labor center is a practical solution that has worked well in other cities.

"I don't live in a fantasyland where we can have our local police enforcing federal laws," Clemens said. 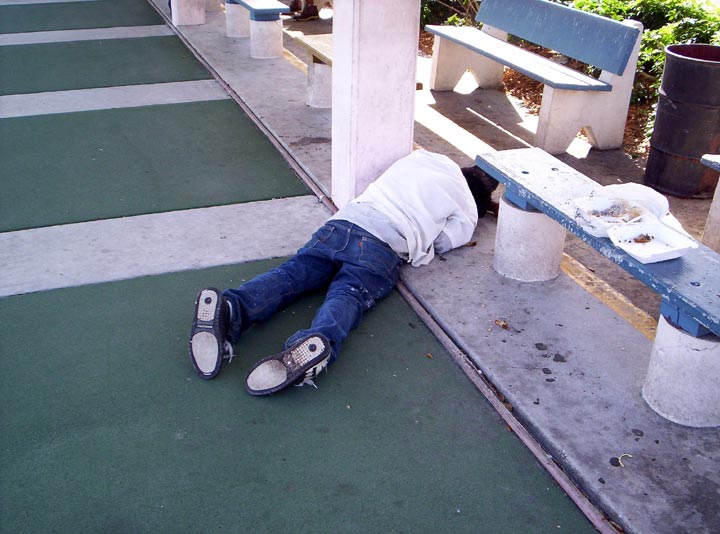